Dr. David Michaelson has 30 years experience conducting research for numerous Fortune 500 companies, universities, and philanthropic organizations. Dr. Michaelson has an extensive background in communications testing, message development, measurement of communications effectiveness, and branding. He also has been head of research for Ogilvy Public Relations Worldwide and GCI Group, as well as a director of research at Burson-Marsteller. Dr. Michaelson is a research fellow of the Institute for Public Relations, 2008 recipient of the Jackson, Jackson & Wagner Behavioral Science Prize and was named the 2009 public relations measurement/research expert of the year by PR News. 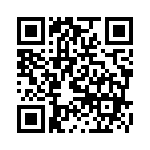