Helpful in understanding Hezbola, however, he presents the differences between Hezbola and Israel with so much moral equalivancy one wonders what he would have said about Hitler. Read full review

A PRIVILEGE TO DIE: Inside Hezbollah's Legions and Their Endless War Against Israel

If there's anything to unite the Arab world, it's opposition to Israel. If there's a group to do that unifying, writers former Boston Globe Middle East bureau chief Cambanis, it's the much-feared ... Read full review

Thanassis Cambanis is a journalist who has been writing about the Middle East for more than a decade. His first book, A Privilege to Die: Inside Hezbollah’s Legions and Their Endless War Against Israel, was published in 2010. He writes “The Internationalist” column for The Boston Globe and is a correspondent for The Atlantic. Thanassis regularly contributes to The New York Times, The Boston Globe, and other publications. He is a fellow at The Century Foundation in New York City. Thanassis lives in Beirut, Lebanon, with his wife, Anne Barnard, a reporter for The New York Times, and their two children. 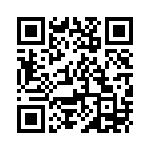