Norman H. Scott grew up in Clifton Forge, Virginia where he became interested in the local iron history of that region. As a youth, he explored the old charcoal furnaces and mines found throughout the area. He was especially enthralled by the ruins of the Low Moor iron furnace, which was at one time the largest furnace in the state. He took many photos of the old ruins and mines he was able to find. His interest in geology enabled him to understand and identify the rock strata which bore the iron ore. That knowledge also helped him locate many of the abandoned iron mines. As a youth he collected many photographs, books and documents related to the local iron industry. After high school he served in the US Navy, subsequently receiving an undergraduate degree in History. After teaching and attaining his Masters degree he joined the Virginia Community College System serving at New River, Wytheville and Patrick Henry community colleges. In 1975 he attained his doctorate from Virginia Tech and joined the staff of Mountain Empire Community College as academic vice president. There he discovered that iron mining and smelting had been a major industry in southwest Virginia. He collected documents, news articles, photographs and recollections of local inhabitants with the intention of one day writing a book. After serving as President of Williamsburg Technical College in South Carolina, he returned to Virginia to lead Rappahannock Community College as its president until he retired in 2004. In the years since retirement he completed his earlier research of southwest Virginia and in 2012 he published "iron and the Gap", a description of the iron history of Lee and Wise counties. His interest in writing Virginia's iron history continued and "A River of Iron" is the result of the research begun as a youth and was expanded to include the iron histories of Alleghany, Augusta, Botetourt and Rockbridge counties. His future plan is to continue researching the iron history of the Valley of Virginia and to complete three more books on the subject. 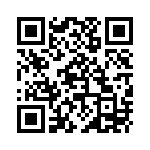