A SHORT HISTORY OF PROGRESS

A provocative assembling of evidence from history, archaeology and anthropology that what we call civilization may carry the seeds of its own destruction.Already a bestseller in his native Canada ... Read full review

A short history of progress

Progress can do us in, or so argues British historian Wright as he embarks on a lively if meandering journey through the development and demise of ancient civilizations to determine whether our ... Read full review

Ronald Wright is an award-winning novelist, historian, and essayist. His 2004 CBC Massey Lectures A Short History of Progresswas a national bestseller, and his bestselling nonfiction book Stolen Continentswon the Gordon Montador Award. His first novel, A Scientific Romance, won the 1997 David Higham Prize for Fiction and was a Globe and Mail, Sunday Times, and New York Timesbook of the year. Ronald Wright lives in British Columbia. 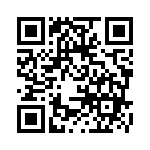