I really like this book. I hope more people find of about it so I'm giving it 5 stars. I've not really read anything like it, but it does have a touch of the romantic and emotional tones of Anne Rice ... Read full review

5.0 out of 5 stars From the other side....for a change, April 27, 2010
By Tracey Fleming "The Written Universe" (Fort Worth, TX)
This review is from: A Sigh for Life's Completion (Paperback)
From The Written Universe:
A Sigh For Life's Completion by Sara Kuhns
ISBN 0-7414-5395-9
Infinity Publishing
Trade paper, $19.95
In a nutshell: if you like vampires and want a new slant, read this book.
Sara Kuhns illustrates the vampire's perspective, making some parts of humanity the real 'monsters' in this story.
Lauren is running a tavern that is barely making ends meet. Paul enters her life, she makes new friends, business at the tavern turns around and life is good. But Paul is not what he seems.
Paul is a vampire. A vampire with a conscience for the very humanity he must feed from in order to survive.
Kuhns weaves an intricate story whose characters fairly leap off the page. The characters are all clearly defined and could easily support books on their own. Even supporting players are given enough depth to keep them interesting. Alex, Lauren's partner in running the tavern, forever the skeptic, but affable; the Twins - Jael and Jaytee who play pivotal parts in the story as it unfolds; Jasper, the quintessential bar fly; Jonathan, Paul's first in command; Lily, Jonathan's lady; Lou, the retired police detective; Jerry, the priest. All these characters are written so distinctly, you'd swear you've been hovering in the background watching the action of this story play out.
While the city is never specified, it's easy to imagine the neighborhood the tavern is located in, the tavern itself, Paul's home...all these places come to vivid life.
Vampires with a conscience is not a new theme by any means, but Kuhns succeeds where I believe Anne Rice failed - none of Kuhns's vampires whine about what they are, and they have a true respect and appreciation for the human condition, oftentimes seeming more human than the humans they move amongst.
Kuhns's vampires are able to push thoughts and emotions to one another and to the humans they encounter. As this capability grew more prevalent as the story unfolded, I got to where I wished it really were that easy to calm someone or communicate with them. Make no mistake though, these vampires can and do mean business when conditions warrant. I was happy that certain plot twists didn't twist the way I thought they would and that one of the main conflicts I saw coming took a left turn I wasn't expecting. Kuhns's writing is sure, painting vibrant characters one really cares about, and crafting a plot that maintains your interest.
I found myself taking a bit longer than usual to read this, not because it lagged, but because I wanted it to last and didn't want to end it too soon. If you are a dedicated vampire fiction reader, then you do not want to miss this book.
This is Sara Kuhns's first novel. I look forward to more from this gifted writer. 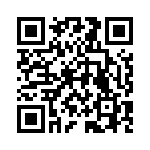