Richard McElligott lecturers in modern Irish history at University College Dublin and is the author of Forging a Kingdom: The GAA in Kerry, 1884-1934. His research has been published in a range of journals including Eire-Ireland and Irish Economic and Social History. Since 2011 he has served as Chairman of the Sports History Ireland Society.

David Hassan is Head of the School of Sport at Ulster University. He is the author of 11 books and over 75 peer-reviewed articles and outputs dealing with sport and modern society. He holds a Distinguished Research Fellowship from Ulster in recognition of his outstanding contribution to research. 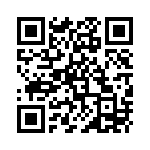