In A Song in the Dark: The Birth of the Musical Film, Richard Barrios writes, “The time that produced the first musical films was as complex as it was fraught, so much so that, until the late ... Read full review

This is the second edition of Barrios' book, which is by turns informative, entertaining, occasionally laugh-out-loud funny (do not miss the footnotes, nor the end notes), and frankly, a must-have for cinephiles. The second edition takes advantage of recent developments and discoveries. Read full review

Richard Barrios is a film historian, musician, and freelance writer. He live in New York City. 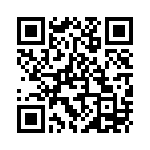