Harry Zaslow was born in Philadelphia in 1925. His parents were Russian immigrants who came to America to escape the edicts of the Czar’s government. His writings reflect his travels in the military and as a civilian, meeting various people in many countries. His background reflects the cultures of Russia, Israel, America, and the Jewish people.

Recognized as a potential writer in school, he wrote more than 400 letters describing  his combat experiences in World War II to his family back home. He wanted them to know that, in spite of battle, he was still alive.

At 19, as a member of the 283rd Field Artillery Battalion, he was involved in four combat campaigns consisting of 15 battles in Germany and Europe.

Toward the end of the war, on April 29, 1945, Harry participated in the liberation of the Dachau Concentration Camp, one of history’s most gruesome symbols of inhumanity. Eleven million people died or were murdered in the death camps or in the surrounding cities, fields, and woodlands.

The scenes of human extermination never left Harry’s mind. In 1994, he decided to visit school-age students to share with them first-hand knowledge of war, genocide, and the sacrifice of American soldiers to defeat Nazi Germany and Imperial Japan.

Harry has spoken to more than 4,800 students and teachers in four states. He wanted to connect past, present, and future generations, sharing the meaning and destruction of genocide. 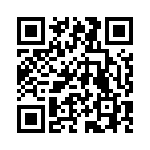