I have the leather hard cover edition ISBN: 3-438-06010-8. This is a commentary on the UBS4 GNT. It is to your benefit to know the Greek but without that you will still benefit from this book. Most of ... Read full review

Although a complete review of every possible variant would be too large to be functional, BM Metzger has addressed the significant textual variants and the reasons the committee chose the "best" one ... Read full review 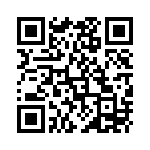