James D. Unnever is a Professor of Criminology at the University of South Florida-Sarasota-Manatee. Dr. Unnever was the Recipient of the Donal A.J. MacNamara Award by the Academy of Criminal Justice Sciences in 2009. The author of over 40 publications appearing in such journals as Social Forces, Criminology, Social Problems, Journal of Research in Crime and Delinquency, and Justice Quarterly, Dr. Unnever was ranked as the fifth most innovative author in criminology from 2000-2010. His areas of expertise include race and crime, public opinion about crime-related issues including the death penalty, the testing of theories of crime, and school bullying.

Shaun L. Gabbidon is Distinguished Professor of Criminal Justice in the School of Public Affairs at Penn State Harrisburg. Dr. Gabbidon has served as a fellow at Harvard University's W.E.B. Du Bois Institute for Afro-American Research, and as an adjunct faculty member in the Center for Africana Studies at the University of Pennsylvania. The author of more than 100 scholarly publications including 50 peer-reviewed articles and 10 books, his most recent books include Race, Ethnicity, Crime and Justice: An International Dilemma and Criminological Perspectives on Race and Crime (2nd edition). Dr. Gabbidon currently serves as the editor of the new SAGE journal, Race and Justice: An International Journal. The recipient of numerous awards, Dr. Gabbidon was most recently awarded the 2009 W.E.B. Du Bois Award from the Western Society of Criminology for his outstanding contributions in the area of race, ethnicity, and justice. 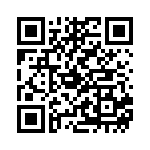