Born in Bologna, Pasolini spent most of his childhood at his mother's birthplace in Friuli, where he learned the local dialect that he used in his first, last, and best poetry. He became a teacher in a local Communist party chapter, but was accused of blatant immorality in 1949, fired from his job, and expelled from the party. With his mother, he went to Rome, spending much time in the slums, mastering the Roman dialect. His novel Ragazzi di Vita (1955), based on his Roman street experience, established him as the leading neorealistic writer of the day. His second neorealistic novel, A Violent Life (1959), brought him greater success. Before long, however, he rejected neorealism and began to live for art's sake. Thereafter, except for what he called his "cat-like" nocturnal prowling for homosexual sex or love, Pasolini "did not lose a moment," as Cecelia Ross aptly said, "in his efforts to lay new directions for literature as well as for theater and television." He poured all his talents and energies into his major films, starting with The Gospel According to St. Matthew (1964), which sustains the mood of Bach's music, and running through The Hawks and the Sparrows (1966), Oedipus Rex (1967), Pigsty, Medea (1970), and a trilogy made up of The Decameron (1970), Canterbury Tales (1971), and Arabian Nights (1974). Throughout his works, Pasolini explored the culture and language of the outcasts living in the shabby Roman periphery. Shortly before he died, Pasolini published a revised and enlarged edition of his dialect poems, La nuova gioventu (The New Youth) (1975). Pasolini was murdered by being run over several times with his own car, dying on 2 November 1975 on the beach at Ostia, near Rome. Pasolini was buried in Casarsa. 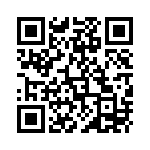