A WAR OF NERVES: Soldiers and Psychiatrists in the Twentieth Century

An impressive history of mental illness and its treatment during wartime. Drawing on almost 100 years of medical records from Britain, France, Germany, and the US, the author shows how military ... Read full review

A war of nerves: soldiers and psychiatrists in the twentieth century

Ben Shephard writes widely on psychiatry and its history. He was a producer on Thames Television's The World at War. 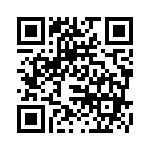