Composer John Milton Cage, Jr., is best known for his avant-garde music, including pieces such as Imaginary Landscape No. 4 (1951) in which 12 radios are turned on intermittently. His 1943 premiere concert of percussion buzzers, pottery and scrap metal, all chosen for their potential sound. Cage was born in Los Angeles in 1912 and studied music privately, becoming a teacher at the Chicago School of Design in 1941. Between 1944 and 1966, he was musical director at Merce Cunningham and Dance Co., and in 1949 he won a Guggenheim fellowship. Cage wrote Virgil Thompson: His Life and Music (1959). His essays and lectures on music were collected into several books, including Silence: Selected Lectures and Writings (1961) and A Year from Monday: New Lectures and Writings (1967). 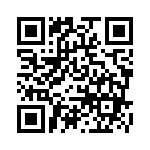