Born in Alabama, educated in New York City, Sanchez is a leading poet of the Black Arts Movement, whose poetry is written from political, economic, and social concerns as well as literary ones. Although her literary focus has been primarily to express her experience as an African American woman, Sanchez claims, "if you write from a black experience, you're writing from a universal experience as well." Sanchez's poems are direct, colloquial, and often militant. Many of her works are for children, such as her "poems for young brothas and sistuhs," as she puts it in It's a New Day (1971). Yet she also writes with tenderness about love. As academic interest in the voices of women and African Americans has intensified, critical interest in and acceptance of Sanchez's work has increased. 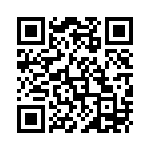