This is a hard book to review without dissecting the plot. There were two major aspects (to me) of the story. The first is that given the same situation and opportunities, people will continue to make ... Read full review

Walter M. Miller, Jr. grew up in the American South and enlisted in the Army Air Corps a month after Pearl Harbor. He spent most of World War II as a radio operator and tail gunner, participating in more than fifty-five combat sorties, among them the controversial destruction of the Benedictine abbey at Monte Cassino, the oldest monastery in the Western world. Fifteen years later he wrote A Canticle for Leibowitz. The sequel, Saint Leibowitz and the Wild Horse Woman, followed after nearly forty years. 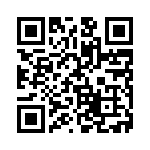