A history of modern computing

Published in 1998, the first edition of this history took readers from the development of the first electronic digital computer to the advent of the World Wide Web. Several significant developments ... Read full review

Paul E. Ceruzzi is Curator at the National Air and Space Museum at the Smithsonian Institution. He is the author of Computing: A Concise History, A History of Modern Computing, and Internet Alley: High Technology in Tysons Corner, 1945-2005, all published by the MIT Press, and other books. 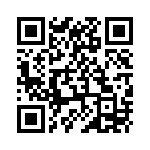