This is not a typical alphabet book. It focuses on equal rights, LGBTQ+ rights, peaceful protests, wealth inequality, immigrant rights, democracy, and other social issues. I loved the rhythm of the ... Read full review

This is an alphabet board book which is good for anyone on the liberal left from babies up to senior citizens, It's a very cute book that says it all. I like the black cat that hides on every page! Read full review

Born and raised in Indonesia, INNOSANTO NAGARA moved to the US in 1988 to study zoology and philosophy at the University of California, Davis. After graduating, he moved to the Bay Area, where he continues to live and work as a graphic designer. He is the founder of the Design Action Collective in Oakland, a worker-owned cooperative design studio dedicated to “serving the Movement.” Before his own son was born, Nagara helped to raise eight children in the North Oakland cohousing community where he resides, so the author had time to “study” a lot children's books prior to penning his own:A is for Activist, an ABC board book for the kids of the 99%. 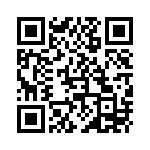