Morton is excellent, yet again! The book ended too soon, but while I was reading it I had an informed campanion that made me feel I was traveling at his elbow. Steeped in relevant conversational ... Read full review

H. V. Morton began writing as an undergraduate in England. By the time he was 19, he became assistant editor of the Birmingham Gazette and Express. Later he joined the staff of the Daily Mail in London. Returning home from the British army after World War I, he realized how little he actually knew his country. His explorations led him to write a travel series later published by Dodd. He has been called "perhaps the greatest living authority on the material being of the British Isles---that is to say, on their landscape, buildings, monuments, customs and history." As a devout churchman, he has also written several books on biblical personages and places. He was an experienced and worldly traveler who had a "unique talent for capturing the essence of lives long past. 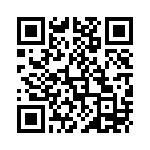