WarrenHall Crain is an American citizen who grew up in an international school in north India. He returned to the United States for college and graduate school and did not return to India for nearly a quarter of a century. Since his first return in 1979 he has gone more and more frequently and now spends a major portion of every year in India, making his home in central India. In October 2006 he will make his twenty-third return to India. 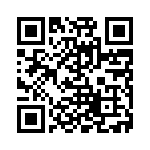