A young boy and his abuelo, or grandfather, have many wonderful adventures together riding the Argentine Pampas. The boy learns strength and self confidence from his laughing abuelo. Then disaster ... Read full review

While riding on a bus with her grandmother, a little girl imagines that they are carried up into the sky and fly over the sights of New York City. Rosalba and her Grandmother or "Abuela", as she is ... Read full review

Arthur Dorros has enjoyed words, pictures, and books for as long as he can remember. A photograph taken when he was one and a half years old shows him eating a few. Some of his later experiences led to his creating books. When he was four years old he sat on the tail of a ten-foot long alligator. Fortunately the alligator had been well fed. Out of that adventure grew one of his first published books, ALLIGATOR SHOES.

Since 1980, he has written and/or illustrated numerous popular titles about a broad variety of subjects from nonfiction, concept science books, to high-flying stories such as the award-winning ABUELA. Before he started making books he did many things: he worked as a carpenter, teacher, farm worker, longshoreman, and photographer at various times. He loves to travel, learning about and meeting people, and discovering similarities and differences around the world. As a writer and illustrator he brings what he finds into his books. Mr. Dorros and his son currently live in Seattle, Washington.

In addition to the much-appreciated reactions of his readers, his works have been selected as Reading Rainbow Books, ALA Notable Book, American Bookseller Pick of the Lists, NCSS Notable Trade Books in the Field of Social Studies, Parent's Choice Award, Storytime Public TV Selection, and Booklist Editors' Choice, among other commendations.

He thinks of a good writer or illustrator as a detective with all senses alert, always on the lookout for the clues that help put the whole story together. He feels that everyone has stories to tell, and enjoys working with both adults and children to find the stories each of us has for the telling. 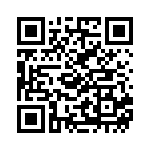