Russ Kick is the all-star editor of five previous Disinformation Guides and three Disinformation books. He has been labeled as an "information archaeologist" by the New York Times in a major profile. He runs the popular blog TheMemoryHole.org and is well known for his intelligent and successful FOIA requests and unveilings. 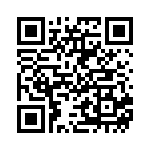