José Luis Ortega is a web researcher in the Spanish National Research Council (CSIC). He achieved a fellowship to the Cybermetrics Lab of the CSIC, where he finished his doctoral studies. In 2005, he was hired by the Virtual Knowledge Studio of the Royal Netherlands Academy of Sciences and Arts, and in 2008 he received a full position in the Vice-presidency for Scientific and Technological Research at the CSIC, working in research evaluation. He collaborates with the Cybermetrics Lab in research areas such as Webometrics, Web usage mining, Visualization of Information, Social network analysis and Web bibliometrics. 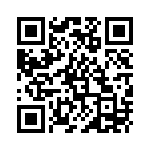