A longtime student of history and alternative spirituality, John Michael Greer is the author of more than a dozen books on the occult traditions of the Western world, including the award-winning New Encyclopedia of the Occult and The Druidry Handbook (Weiser, 2006), as well as translations of French and Latin occult texts. He lives in the mountains of Oregon. 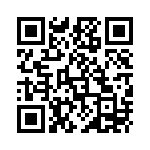