Essential reading for our tumultuous times. Lewis is an influential congressman and elder statesmen of the 1960s civil rights movement. This short book organized as reflections on faith, patience ... Read full review

similar to the Dalai Lama, here is a man I would be interested in just being in his presence as he goes about daily activities and meetings, just to witness interactions with others. Like the DL I get ... Read full review

Congressman John Lewis (1940-2020) was a leader in the American Civil Rights Movement. He was chairman of the Student Nonviolent Coordinating Committee (SNCC) and played a key role in the struggle to end segregation. He was also the recipient of numerous awards from national and international institutions including the Lincoln Medal, the John F. Kennedy "Profile in Courage" Lifetime Achievement Award (the only of its kind ever awarded), and the NAACP Spingarn Medal, among many others. 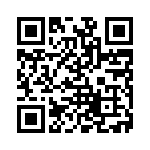