John J. Watkins is professor emeritus of mathematics at Colorado College. An award-winning teacher, he is the author of Topics in Commutative Ring Theory (Princeton) and coauthor of Graphs: An Introductory Approach. 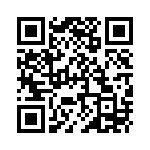