If you enjoy the spy-thriller books by the likes of Tom Clancy, Steven Coonts, and Robert Ludlum, you will love Actions of Violence by Gary Baldocchi. Being a slow reader, I was surprised to have finished this book over a long weekend! It is a page-turning thriller with action-filled subplots. Drawing from his years of experience as a US Marine, federal drug agent, and counter-intelligence agent, the author spins a fast-paced and gripping tale of international drug trafficking, terrorism, and betrayal at the highest levels of government. I am looking forward to reading Jack Connor's next exploits.

Gary Baldocchi's first novel is "Actions of Violence", the first of a series of novels that pit CIA counter terrorist agent Jack Connor against a major US terrorist threat. A native Californian, Gary has served the US government for 29 years as a US Marine Corps officer, as an NCIS Special Agent, and as a DEA Special Agent. NCIS assignments gave him counterintelligence and counterespionage experience. DEA assignments included serving as an undercover and case agent, as a tactical, self defense and weapons instructor and as an agent in charge. He is a 4th black belt in Hapkido. His government experience has transformed his first novel into an action packed thrilling adventure. 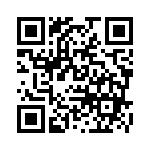