STEVE HOLZNER is Director of the Center for Increased Profits, in Ithaca, New York. Holzner has written over thirty books on PC and/or Windows programming topics. Over a million copies of his books have been sold, and they've been translated into twelve languages. Formerly a contributing editor for PC Magazine, he holds a Ph.D. from Cornell University.

BOB HOWELL has been a Visual Basic developer since VB 1. Prior to that he developed in COBOL on mainframe systems. He has done work for major corporations and developed several client/server and multi-tier applications using Microsoft technologies. These applications have ranged from document storage and retrieval to management reporting and distributed repair depot management systems. He is a master of GUI development in Visual Basic. 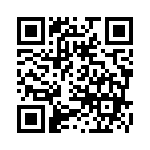