MAD DOG MILLIONAIRE a.k.a. Punyamurtula Kishore MD
MAD DOG MILLIONAIRE a.k.a. Punyamurtula Kishore MD, is a QUACK.
Patients Die of Improper Medical Treatment and Care Protocols!!!!
Many of Dr. Punyamurtula Kishore s patients have died because of improper treatment and care methods. This Quack MD ( Hitler of Medical Genocide ) should not be allowed to practice medicine anywhere. Preventive Medicine Associates, formerly Addiction medicine Associates was a DEATH CAMP (The Holocaust for Drug Addicts and Alcoholics, Auschwitz in Brookline, MA) I worked at his Brookline office and witness the death of many patients. Dr. Kishore should be arrested, arraigned and prosecuted for 1st. degree murder or manslaughter.
MAD DOG MILLIONAIRE aka PUNYAMURTULA KISHORE MD
Punyamurtula Kishore, M.D. and three other defendants will go on trial
for Medical Insurance
Fraud.The state Board of Registration in Medicine suspended the license of Dr. Punyamurtula Kishore after finding that he posed “an immediate and serious threat to the public health, safety and welfare.” Kishore closed clinics in 2011 without notifying patients in advance, according to the board.
Dr. Punyamurtula Kishore was reprimanded, fined $2,500 and required to perform 50 hours of Board-approved community service and to complete additional continuing professional development credits. He was found to have inappropriately filed four Temporary Involuntary Hospitalization Applications for the purpose of drug treatment and drug testing. Dr. Kishore is a 1975 graduate of Andhra Medical College in India. He specializes in Addiction Medicine and has been licensed in Massachusetts since 1978
MAD DOG aka PUNYAMURTULA KISHORE MD
Punyamurtula Kishore, M.D. and three other defendants will go on trial i for allegedly bilking MassHealth of almost $20 million, in what Coakley’s office calls an “intricate scheme” involving drug testing, sober homes, and his Preventive Medicine Associates (PMA).
According to Coakley, Kishore used various bribes or kickbacks to persuade sober house owners to require residents to submit urine tests at least three times per week. The tests were performed by PMA’s office laboratories, then billed to MassHealth, which pays $100 to $200 for such screens. Also charged in the case were Carl Smith, manager of New Horizon House, John Coughlin, president of Gianna’s House, and Thomas Leonard, part owner and manager of Marshall House—all for receiving kickbacks.
MAD DOG a.k.a Punymurtula Kidhore MD and Lil Dog a.k.a. Carl Smith L.M.H.C. are responsible for the death of Eleanor Clark of Weston , Massachusetts.Just look at what happen to James Clark .
James Clark was a client at the same address where the Director/Manager Carl Smith resided at ,50 Draper Street in Dorchester MA. Carl Smith is suppose to be a state licensed Mental Health Clinician , If so , than why did he discharge James Clark ? James clark never tested postive for a toxicology screen for illegal or prescription drugs, than why was he discharged ?
He was discharged for behavioral and attitude problems that were related to his psychiatric and substance abuse diagnosis. Carl Smith L.M.H.C. should have been able to detect that this man had psychological problems and referred him for treatment to MAD DOG aka Punyamurtula K...ishore s Neurological Clinic for treatment and to help James Clark get back on his psychiatric medication. Instead , Carl Smith discharged him and the following day , James Clark murdered his 81 year old grandmother Eleanor Clark in Weston Massachusetts .
Punyamurtula Kishore MD aka MAD DOG Millionaire referred James Clark to Carl Smith s Program New Horizon House after James Clark was Discharged from St. Elizabeths Hospital s S.E.C.A.P. s Detoxification unit. Punyamurtula Kishore aka MAD DOG had a Contract with Carl Smith to provide New Horizon clients with Medical and Mental health Treatment. No treatment was provided except for toxicology screens . Carl Smith collected James Clark s program fee and MAD DOG Kishore billed his insurance company . Carl Smith

John Toland, the author of fifteen works of history and fiction, including Infamy: Pearl HarborII and Its Aftermath, received the Pulitzer Prize for his magisterial Rising Sun: The Decline of the Japanese Empire, 1936–1945. Mr. Toland died in 2004. 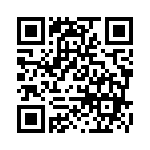