Bridget Brereton is Professor of History, St Augustine, University of the West Indies, Trinidad and Tobago. Her major books include A History of Modern Trinidad, Race Relations in the Colonial Trinidad, and Law Justice and Empire. She has also written articles on gender and history in the Caribbean. Rhonda Cobham is Professor of English and Black Studies at Amherst College, Amherst, USA. She has edited special issues of Research in African Literatures and The Massachusetts Review, as well as Watchers and Seekers: An Anthology of Writing by Black Women in Britain. Her essays on Caribbean and African authors, and postcolonial theory have appeared in Calahoo, Transition, RAL, and critical anthologies. 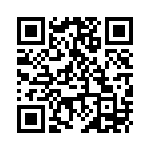