Elizabeth Wilson is a pioneer in the development of fashion studies, and has been a university professor, feminist campaigner and activist. Her writing career began in the 'underground' magazines of the early 1970s, (Frendz, Red Rag, Spare Rib, Come Together) before she became an academic. She's written for the Guardian and her non-fiction books include Adorned in Dreams (1985, 2003), The Sphinx in the City (1992) (shortlisted for the Manchester Odd Fellows Prize), Bohemians (2000) and Love Game (2014) (long listed for the William Hill sportswriting prize), as well as six crime novels, including War Damage (2009) and The Girl in Berlin (2012) (long listed for the Golden Dagger Award). 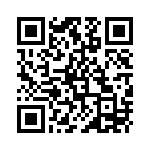