Amazing story of survival. I don't want to be over judgemental but the guy was so selfish he wouldn't even travel home with his parents after the ordeal. He seemed really selfish after he'd hit dry ... Read full review

After the 21-foot sloop Napoleon Solo sank in the mid-Atlantic, its skipper, Steven Callahan, survived 76 days at sea in a small rubber raft because more than anything else he refused to be The Man ... Read full review

Steven Callahan is a naval architect who has contributed more than sixty articles to yachting magazines. Adrift: Seventy-Six Days Lost At Sea (1986) is an autobiographical account of the second solo voyage Callahan attempted on the twenty-one-foot yacht he had designed and built, the Napoleon Solo, and his harrowing two-and-a-half-months adrift on a five-foot inflatable raft after the yacht collided with a whale and sank. Callahan was born in Needham, Massachusetts, in 1952 and received his B.A. from Syracuse University in 1974. 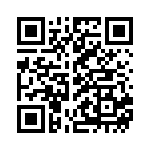