DR. MARCOS LÓPEZ DE PRADO is a principal at AQR Capital Management, and its head of machine learning. Marcos is also a research fellow at Lawrence Berkeley National Laboratory (U.S. Department of Energy, Office of Science). SSRN ranks him as one of the most-read authors in economics, and he has published dozens of scientific articles on machine learning and supercomputing in the leading academic journals. Marcos earned a PhD in financial economics (2003), a second PhD in mathematical finance (2011) from Universidad Complutense de Madrid, and is a recipient of Spain's National Award for Academic Excellence (1999). He completed his post-doctoral research at Harvard University and Cornell University, where he teaches a graduate course in financial machine learning at the School of Engineering. Marcos has an Erdös #2 and an Einstein #4 according to the American Mathematical Society. 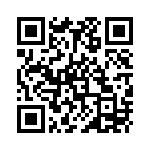