ADVENTURES OF A BYSTANDER

It comes as a surprise to learn that Peter Drucker, the guru of business management, grew up among the intelligentsia of 1920s Vienna, where Freud's doings were discussed at the dinner table, social ... Read full review

This is a facinating group of essays in which Ducker recalls much of his experience from the 1930s through the 1960s. I t puts in context much of which we usually learn from secondary sources. Drucker ... Read full review

PETER F. DRUCKER is the Clarke Professor of Social Science and Management at the Claremont Graduate School. Widely regarded as America's leading expert on modern organizations and their management, Dr. Drucker has published 28 books which have been translated into more than 20 languages. 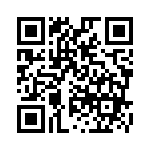