Adventures with Ed: a portrait of Abbey

Hard on the heels of James Cahalan's Edward Abbey: A Life (LJ 10/15/01) comes this more personal reminiscence by one of author and environmental activist Abbey's closest friends. The book is part ... Read full review

Jack Loeffler is a writer, aural historian, and radio producer in Santa Fe, New Mexico. He is a winner of a 2008 Governor's Award for Excellence in the Arts for ethnomusicology and writing. 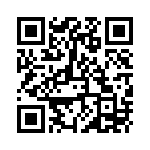