AFTER: How America Confronted the September 12 Era

Ash Tuesday (***UPFRONT EDITORIAL***) Where were you on September 11, 2001? American children will someday ask that question, as their great-great-grandparents once asked after their contemporaries ... Read full review

A nice cross-section of stories of people directly affected by the September 11th attacks in the first year following the atrocities. Although the author betrays a right-wing perspective and overuses the Sept. 10th/Sept. 12th metaphor, these are some well told stories about our national tragedy. Read full review

Steven Brill, a graduate of Yale College and Yale Law School, is the author of the bestselling The Teamsters. He founded The American Lawyer magazine in 1979, which expanded into a chain of legal publications. In 1991 he founded cable's Court TV. After selling his interests in those businesses in 1997, he founded Brill's Content, a magazine about the media, which closed in 2001.

After September 11, 2001, Brill became a columnist for Newsweek and an analyst for NBC on issues related to the aftermath of the terrorist attacks. A winner of the National Magazine Award, Brill lives in New York City with his wife and three children. 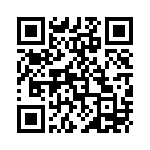