Fred Ritchin is the director of PixelPress and a professor of photography and imaging at New York University. He was named one of the 100 most important people in photography by American Photo magazine. He lives in New York City. 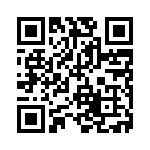