Douglas L. Kriner is assistant professor of political science at Boston University and coauthor of The Casualty Gap: The Causes and Consequences of American Wartime Inequalities. 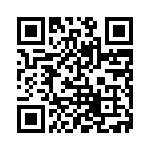