Aftershock by Judy Melinek & T.J. Mitchell
Jessie Teska #2
Jessie is woken early to come into assess a dead body as happens when one is a medical examiner. Upon arrival there is a messy scene with a very dead man beneath a pile of pipes. Everyone seems eager to write it off as an accident…except Jessie and someone she works with. Police arrive, crime scene techs come do their thing and for some reason Jessie becomes a sleuth along with being a medical examiner a bit like Quincy or perhaps Crossing Jordan on TV. I have trouble wrapping my head around that idea but putting that aside and thinking of it the context of one of these shows I can see the story working better.
Soon after the first dead body is found there is a big earthquake while Jessie is out with her boyfriend of eight months and this is the first hint in the story that though they have been together awhile there may be future problems. Why? Well, Jessie feels she needs to go out and work after the earthquake as there will be dead bodies and her main squeeze, Anup the lawyer, thinks she should go home and stay safe.
There are scenes with Jessie doing autopsies, talking to the homicide detectives, interacting with Anup, spending time with her PI friend Sparkle, on the job with coworkers, talking to her mother, talking to suspects, meeting Anup’s family, dealing with relationship issues, with potential love interests other than Anup and…a few other things. It was a busy story with a lot going on with plenty of twists and turns, red herrings, positive and negative people and eventually the sussing out of who murdered the first dead body.
I did not read book one in the series and wonder if I would know Jessie better if I had. I had trouble warming up to her as I read and wondered if she would grow on me or not. She is brash, outspoken, aggressive, says what she thinks, backs down for no one, and tends to rub people wrong. So, perhaps I will give the next book in this series a chance to see if Jessie and I can hit it off or if perhaps she and her series will not be for me. I have a feeling the author(s) will grow as they write more in the series and would like to see how they and this character develop over time.
Thank you to NetGalley and Harlequin-Hanover Square Press for the ARC – This is my honest review.
3-4 Stars 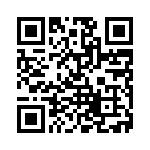