John Kekes is Professor of Philosophy and Public Policy at the State University of New York, Albany. His most recent books are Moral Tradition and Individuality (1989) and Facing Evil (1990). 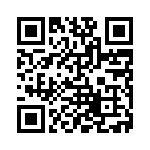