Considering that the author has a well-known history as a critic of the state's capacity to control human behavior, it's no surprise that Scott has discovered a fascination with some of the new ... Read full review

Intriguing speculations about the origin of the first states, told by a Yale professor with anarchist leanings and a good understanding of the agricultural political economy. Sympathy for the barbarians! Read full review

James C. Scott is Sterling Professor of Political Science and codirector of the Agrarian Studies Program at Yale University. 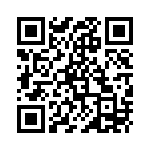