Colin Dueck is a Professor at George Mason University's Schar School of Policy and Government, and a non-resident fellow at the American Enterprise Institute. He has worked as a foreign policy adviser on several Republican presidential campaigns, and has acted as a consultant for the Department of State, the Department of Defense, and the National Security Council. His previous books include Reluctant Crusaders, Hard Line, and The Obama Doctrine (Oxford). 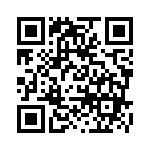