Try the new Google Books
Check out the new look and enjoy easier access to your favorite features
Try it now
Buy eBook - $2.99

A story set in an over-surveyed society, featuring a dauntless hero finding a way forward for all those he likes by pitting the two extremes of the society against each other. Rather better than its many rivals in this sub-genre. Read full review

Have you ever wondered if your political activism opposes the state or just reinforces its power? Have you ever marveled at the absurdity of having to pull a permit in order to protest your government ... Read full review

Norman Spinrad (1940 - )Norman Richard Spinrad was born in New York City in 1940. He began publishing science fiction in 1963 and has been an important, if sometimes controversial, figure in the genre ever since. He was a regular contributor to New Worlds magazine and, ironically, the cause of its banning by W H Smith, which objected to the violence and profanity in his serialised novel Bug Jack Barron. Spinrad's work has never shied away from the confrontational, be it casting Hitler as a spiteful pulp novelist or satirising the Church of Scientology. In addition to his SF novels, he has written non-fiction, edited anthologies and contributed a screenplay to the second season of Star Trek. In 2003, Norman Spinrad was awarded the Prix Utopia, a life achievement award given by the Utopiales International Festival in Frances, where he now lives. 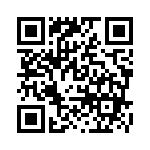