These lovely essays on pop culture, art and music, have altered my views and added to my overall art vocabulary. I especially love his essay on Hank Williams in the Glass Bottom Cadillac. Although a ... Read full review

Dave Hickey has written for most major American cultural publications. Formerly Executive Editor for Art in America, Hickey's publications include Prior Convictions (1989), The Invisible Dragon: Four Essays on Beauty (1993), and Air Guitar: Essays on Art & Democracy (1997). Hickey received the Frank Jewett Mather Award for Distinction in Art Criticism in 1994. He is currently Associate Professor of Art Criticism and Theory at the University of Nevada, Las Vegas 010. 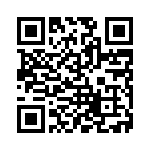