Marshal of the Royal Air Force Arthur William Tedder, 1st Baron Tedder, GCB (July 11, 1890 - June 3, 1967) was a senior British air force commander. During World War I, he was a pilot and squadron commander in the Royal Flying Corps and he went on to serve as a senior officer in the Royal Air Force during the inter-war years. He held high command during World War II and after the War he served as Chief of the Air Staff before retiring from the RAF and taking up the Chancellorship of the University of Cambridge. 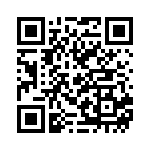