Read this for an undergraduate political science class. A very good read. Short and to the point, this book gets to the bottom of the situation really quickly and lets us know that we're dealing with a different people here and one that we're not likely to sway quickly if at all. Read full review

An interesting read, showing how Al Qaeda is a product of the modern world. It also goes into the history of "modern", and how the ideas behind the modern, Western, world evolved. That makes for a ... Read full review

John Gray is a political philosopher and former professor of European thought at the London School of Economics. He is the author of False Dawn: The Delusions of Global Capitalism, Two Faces of Liberalism, and Al Qaeda and What It Means to Be Modern, all published by The New Press. He lives in London. 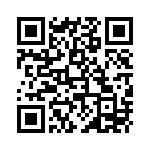