I will begin by saying that I did not buy the book, but only read the parts available for preview. I read enough to know that I don't want to buy the book.
There is too much pro-Hamilton bias and not enough detail to support that bias. Too many suppositions are made without supporting evidence. It is more like an outline or first draft than a finished history. Historians should be neutral unless they are prepared to support their case. 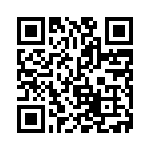