Mardiyah Aldrich Tarantino earned her master’s degree from the University of Hawaii. Her essays, stories, and poems have been published in newspapers, reviews, and anthologies. Mardiyah currently lives in Cathedral City, California, where she is a member of the Palm Springs Writer’s Guild and the National League of American Pen Women. This is her third book. 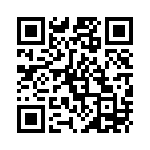