The essays in this collection were originally published over several years in several different contexts. Yet, they tend to circle around a couple themes - low brow British culture (boys' weeklies ... Read full review

Orwell's writing is often a treat. Novels are my favorite literary art form, but I definitely love a good essay over a good short story. Somehow have gotten to this point in my life without reading ... Read full review

GEORGE ORWELL (1903–1950) was born in India and served with the Imperial Police in Burma before joining the Republican Army in the Spanish Civil War. Orwell was the author of six novels as well as numerous essays and nonfiction works.

GEORGE PACKER is a staff writer for The New Yorker and author of The Assassin's Gate: America in Iraq and other works. He lives in Brooklyn.

Keith Gessen was born in Russia and educated at Harvard. He is a founding editor of n+1 and has written about literature and culture for Dissent, The Nation, The New Yorker, and the New York Review of Books. He is the author of the novel All the Sad Young Literary Men. 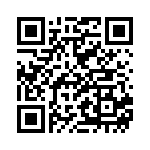