Tim Z. Hernandez was born and raised in California’s San Joaquin Valley. An award-winning poet, novelist, and performer, he is the recipient of the American Book Award for poetry, the Colorado Book Award for poetry, the Premio Aztlán Literary Prize for fiction, and the International Latino Book Award for historical fiction. His books and research have been featured in the Los Angeles Times, the New York Times, CNN, Public Radio International, and National Public Radio. Hernandez holds a BA from Naropa University and an MFA from Bennington College. He continues to perform and speak across the United States and internationally, but he divides his time between Fresno and El Paso, where he is an assistant professor in the MFA Program in Creative Writing at the University of Texas at El Paso. You can find more information at his website, www.timzhernandez.com. 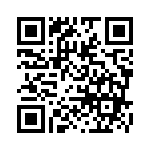