This book looks at the current state of hunger in America. Written by an anti-hunger activist, and former government official, it is not a pretty picture.
If food insecurity (the new euphemism for "hunger") is such a huge problem, then why are there so many obese African-Americans? Doesn't it show that they are getting more than enough food? What it really shows is that those whose food insecurity situation is bad, but not totally desperate, have to rely on cheaper high-calorie food that is full of chemicals and preservatives.
Why don't inner-city residents buy more vegetables, even organic vegetables? Most inner-city neighborhoods don't have a supermarket, so the people have to rely on convenience stores, that will carry cheaper pre-processed foods, instead of organic vegetables. Also, if you are given a certain amount of money, and have to make it last an entire week, vegetables are rare, and expensive organic vegetables are simply not a possibility. Find out what your state gives food stamp recipients each week to live on, and see if you can do it.
Another problem for inner-city residents is that the various government programs are administered by different agencies, which physically are nowhere near each other. It requires taking time off work, or finding child care, and getting on several buses, in order to go through several different sets of bureaucratic nonsense.
Everyone knows someone who says they have seen a food stamp recipient buying lobster or caviar or something else very expensive with food stamps. That is highly unlikely, because the average inner-city recipient has no access to such items, and benefits are distributed on what look like regular debit cards, to reduce the stigma.
What to do? Among other things, the author advocates putting all hunger programs together into one giant program. He also advocates making free school breakfasts available for all children, to reduce the stigma for children, and making healthy food much more available in the inner city.
This book is a large eye-opener. It is full of practical solutions, and is very easy to read (even with the charts and graphs). It is very highly recommended.

JOEL BERG is Executive Director of the New York City Coalition Against Hunger (NYCCAH). He served for eight years under the Clinton Administration in Senior Executive Service positions in the US Department of Agriculture (USDA), creating a number of high-profile initiatives that fought hunger and implemented national service projects across the country. 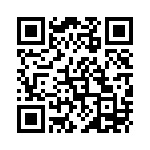